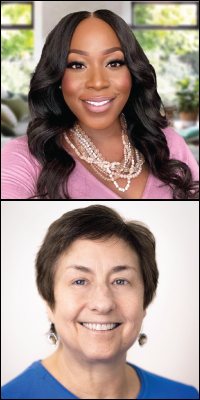 The American Board of Surgery (ABS), the national certifying body for general surgeons and related specialists, announced today that Adanwimo "Ada" Okafor, Esq., has been named general counsel of the organization, effective October 1. She fills this position following the retirement of previous general counsel, Abby Pozefsky, Esq.

"I am thrilled to have the opportunity to serve as general counsel as well as CDEIO," said Okafor. "I look forward to supporting ABS’ continued success and commitment to sustained high performance, collaboration, excellence and integrity."

"We are very excited to promote Ada to general counsel," said ABS President and Chief Executive Officer Dr. Jo Buyske. "She is a natural leader and an all-around great person who has already made great strides as our CDEIO and will make an immediate impact leading our legal department."

Abby Pozefsky retired as general counsel and chief administrative officer on September 30. During her tenure at ABS, Pozefsky revitalized the legal department, implemented many legal and human resources initiatives, and streamlined various processes that resulted in increased performance and productivity across the board.

"I would also like to thank Abby for all of her incredible contributions to ABS," Dr. Buyske said. "Abby is an accomplished legal strategist whose outstanding legal career spanned more than 30 years. Our organization benefited greatly from her extensive experience, sound judgment, and principled legal advice during her tenure. I am privileged to count her as a trusted colleague and as a friend, and I wish her every bit of happiness in her much-deserved retirement."

Abby and Ada are, respectively, the first woman and first woman of color to hold the general counsel position and lead the ABS legal department. Dr. Buyske added, "I believe this is a testament to our strategic, long-term commitment to diversify ABS and the house of surgery."