The Vascular Surgery Board of the American Board of Surgery (VSB-ABS), the national certifying body for vascular surgeons, is pleased to announce the addition of five new board member positions for representatives from five major regional vascular surgery societies, increasing the size of the VSB-ABS by 50 percent. The five positions will be filled as of July 1 by surgeons recently elected from the following societies: 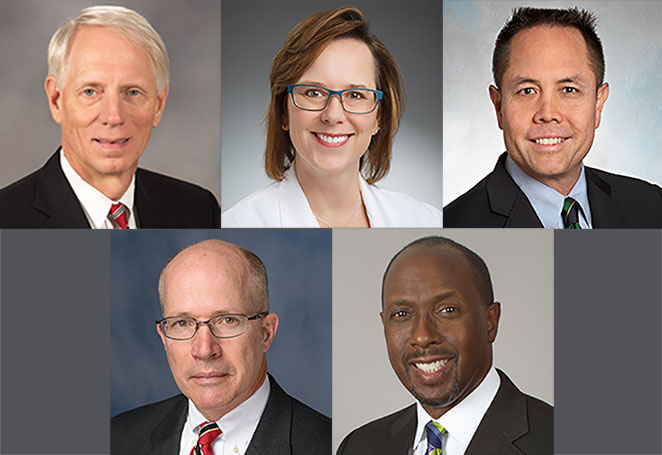 These new positions have been introduced to widen the pool of potential VSB-ABS members and ensure that the perspective of a broad population of practicing vascular surgeons is included in VSB-ABS deliberations. The VSB-ABS, a component board of the American Board of Surgery, oversees and defines all processes related to board certification in vascular surgery. The new VSB-ABS members have the same duties and authority as its other members, including participation in two annual board meetings, the annual Vascular Surgery Certifying Examination, and examination item writing.

The VSB-ABS sought highly qualified, actively practicing surgeons who are regarded by their colleagues as exemplary practitioners and role models, who have experience with surgical education, and who are advocates for advancing the quality of surgical practice and improving surgical care. Each regional society provided three nominees from which one individual was elected.

"We are delighted to welcome these regional societies as nominating organizations to the VSB-ABS and look forward to the contributions of our new members," said Dr. Vivian Gahtan, VSB-ABS chair.